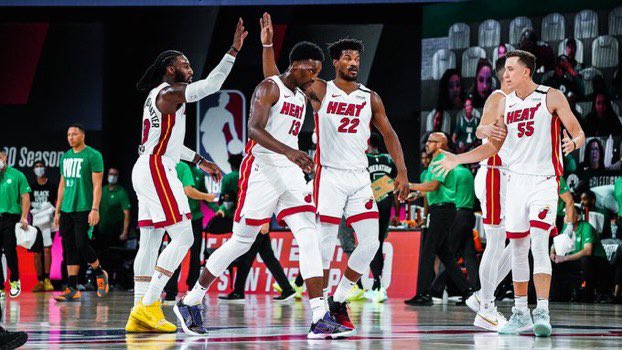 Tiger Fight, September 25. In the fourth game of the Eastern Conference Finals that ended yesterday, the Heat defeated the Celtics 112-109, and the series scored 3-1 to get the match point. After the game, Trail Blazers guard CJ McCollum and Warriors forward Draymond Green tweeted to praise the Heat player Jimmy Butler.

Green said: "Just because he (Butler) wanted to win, they said he was a terrible teammate... He found a team that was as eager to win as him, and he actually made this team like him. Hungry for victory. It's like a group of Indians who need a leader just found a chief."

McCollum quoted the tweet and said: "I like this statement! When players are challenged by teammates, not everyone will respond in the same way! We have no problem with challenging teammates, the key is to do it with practical actions. Respond and allow others to challenge you. Jimmy (Butler) did both. He empowered his teammates and allowed them to perform well. Green is doing the same thing."